Saving for retirement can be difficult, but if done strategically, it can result in significant tax savings and, over the long run, larger nest eggs for many Americans.

That’s something most people desperately need. Nearly one-third of Americans ages 55 and older (29 percent) have no retirement savings or pension plans in place, according to a report from the U.S. Government Accountability Office. Among those who have saved, the median amount of those savings is just $104,000 for households with members between 55 and 64 years old. 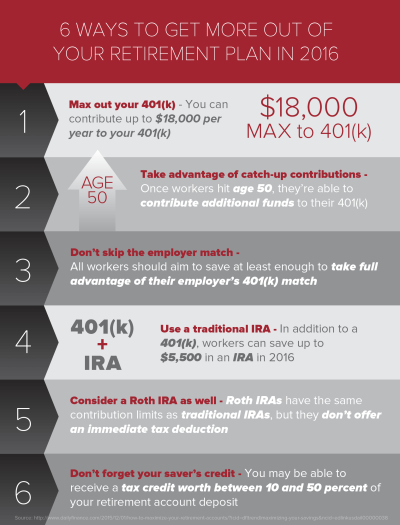 Americans can boost their retirement savings while also, in many cases, lowering their taxes by using the following tips: